Learning From Pilgrim’s Progress: How Are We Saved

Posted on April 20, 2015 by eig
As Christians we believe in the afterlife. Death isn’t the end. We don’t believe in reincarnation or any other idea of wondering spirits. We do believe that a person can be saved from a life of sin and future damnation through Christ. How does this happen? Is it automatic? Are there specific things to do? Pilgrim’s Progress answers these questions. 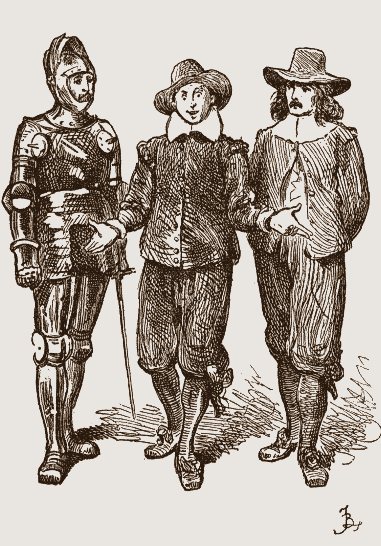 In the following quotes we find parts of the discussion between Pilgrim, Hope and Ignorance. Ignorance in Pilgrim’s Progress is not a person who lacks any knowledge of Bible truth. He knows it quite well and yet he is ignorant in how God works. This is mostly related to his dwelling on stubborn ideas that he is unwilling to give up. He believes he will be saved in the end.

See first how Ignorance believes he will be saved because he does many good deeds including religious ones:

Ignor. I know my Lord’s will, and have been a good liver; I pay every man his own; I pray, fast, pay tithes, and give alms, and have left my country for whither I am going.

Christian doesn’t deny that Ignorance does good deeds but these aren’t enough to save:

Chr. Yes, that is a good heart that hath good thoughts, and that is a good life that is according to God’s commandments; but it is one thing indeed to have these, and another thing only to think so.

Ignorance continues to ask then what are those good thoughts that he should have about God’s commandments. Christian explains to him that they only good thoughts are those that are according to what the Bible says:

Christian explains to Ignorance about the sinful predisposition of humans. He also tells him that when a person comes to realize his condition as sinful then he is thinking according to what God says:

Chr. Why, the word of God saith, that man’s ways are crooked ways, not good but perverse; it saith, they are naturally out of the good way, that they have not known it. Psa. 125:5; Prov. 2:15; Rom. 3:12. Now, when a man thus thinketh of his ways, I say, when he doth sensibly, and with heart-humiliation, thus think, then hath he good thoughts of his own ways, because his thoughts now agree with the judgment of the word of God.

Ignorance insists that he does believe that Christ died for sinners and believes that he will be saved by obeying his laws or commandments. He believes Christ will make his works acceptable before God.

Ignor. I believe that Christ died for sinners; and that I shall be justified before God from the curse, through his gracious acceptance of my obedience to his laws. Or thus, Christ makes my duties, that are religious, acceptable to his Father by virtue of his merits, and so shall I be justified.

Christian answers this by outlining several mistakes about his belief that he can save himself through his own works.

1. Thou believest with a fantastical faith; for this faith is nowhere described in the word.
2. Thou believest with a false faith; because it taketh justification from the personal righteousness of Christ, and applies it to thy own.
3. This faith maketh not Christ a justifier of thy person, but of thy actions; and of thy person for thy action’s sake, which is false.
4. Therefore this faith is deceitful, even such as will leave thee under wrath in the day of God Almighty…

Christian explains to Ignorance the way a persons will experience salvation. God will reveal himself on the person making him see his sinfulness and need of Christ. God will give him the faith to believe. The person will then turn to Christ who in turn saves him through His righteousness.

but by the revelation of the Father: yea, and faith too, by which the soul layeth hold upon Christ, (if it be right,) must be wrought by the exceeding greatness of his mighty power, Matt. 11:27; 1 Cor. 12:3; Eph. 1:17–19; the working of which faith, I perceive, poor Ignorance, thou art ignorant of. Be awakened, then, see thine own wretchedness, and fly to the Lord Jesus; and by his righteousness, which is the righteousness of God, (for he himself is God,) thou shalt be delivered from condemnation.

John Bunyan life was very much like Ignorance before becoming a believer. Here he clearly shows the theology behind it. Pilgrim’s Progress is a timeless classic rich in theology.